Ahh, Disney. Arguable one of the greatest film-making companies in history as well as the company to pioneer animation in general. And many of their films from their library are considered timeless classics to this very day. Heck, even those who have no interest in animation have at least one or two Disney films as their favourites in movies. It’s not only the magic, but their stories, characters, animation, everything that makes the films amazing to watch 🌟

It had to be done. Maybe it’s just me being a nostalgic kid, but here are my Top 10 Disney movies. 😊

I chose this one because it is visually very beautiful. All the drawings just breathe life, and it seems that from this sprung my interest in mediaeval history. Weird, I know, but this film has been unsurpassed with visual cinematography before or since. My first exposure to what would become the “Disney Princesses” marketing machine was a double feature with The Dark Crystal. I adore this film not because of Aurora, but almost in spite of her. What makes this film great are the feisty hilarious fairies, the sarcasm of Prince Philip and because it has the best villain in Maleficent 👸🏼

Everyone loves the Lion King. The sequels weren’t up too much, but this movie is just amazing. Dealing with similar themes to Tarzan, Lion King is a big part of anyone’s childhood. Again, fantastic voice talent for this film. Made in what has been called ‘the Golden Age of Disney’, this is a film that everyone knows and loves. Everyone will not fail to shed a tear as Simba shouts for his dead father. 🦁 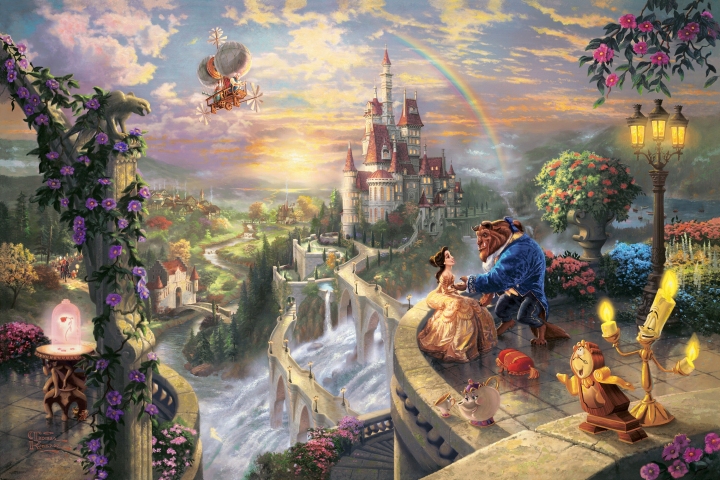 Beauty and the Beast

A sweet little film with lots of heart, probably known for the dance scene in the ballroom. This film shows that a girl can want more than what life has given her, as well as being intelligent and not swarming to the town ‘heart-throb’, Gaston, who doesn’t have the most attractive of personalities. In short, he is a bit arrogant. But we also have the Beast’s journey at the heart of it all – to overcome his selfishness to love Belle and become human again.  I think we can all agree Beauty & The Beast remains as Disney’s best romance movie. It just masters everything in that regard. Belle is another great female lead for this flick and Beast is without a doubt one of the best male characters Disney has created. And their romance is structured very well and feels genuine. And while it’s a musical that puts high emphasis on the songs, every song is a joy to listen to and are very memorable. The other characters are fun and likeable and do their part well and the animation is also some of the best from Disney that really captures the fairytale spirit. This movie has proven to have stood the test of time for many good reasons and stands as one of Disney’s best classics. 🌹

A cute movie about Dalmatians with charming characters, a unique art style and perhaps the most despicable villain ever created by Disney. I think it’s one of Disney’s more influential films because of that. The humour is also brilliant as well. 🐶🐕

If there’s one movie that’s a prime example of how nature is a great source of inspiration for art, it’s definitely Bambi. This film is nowhere as intricate as the others from this list but it’s simplicity in its purest form. Telling the tragic life of this deer had proven to be both endearing and captivating. While I personally think two other films higher on the list are more emotional, Bambi is definitely the most heartfelt. It’s more than just cute animals bouncing on screen. It’s about the animals living and trying to survive the dangers of nature as well as Man himself, and the fact that Man never appears on screen makes this cinematic treasure all the more suspenseful. And of course we all know the tragic scene of Bambi’s mother getting shot which was the first time Disney showed the reality of life and death. There’s no magic in this film that comes and makes things better, it basically shows what reality and doing that in the form of art is definitely awe-inspiring. Sure the songs are pretty much a product of their time, but Bambi is a timeless masterpiece of cinema and it’s no surprise that Walt Disney himself considered it his favourite film he made. 💞

Neverland, a place that I have always wanted to visit however I don’t want to meet Captain Hook. Peter Pan has always been a film that has been able to grasp hold of my attention and entertained me. The magic contained within the film is spread out to the viewers, I have always loved Peter Pan and it will always be a favourite Disney film of mine. Just remember that all you need is faith, trust and a little bit of pixie dust.✨ 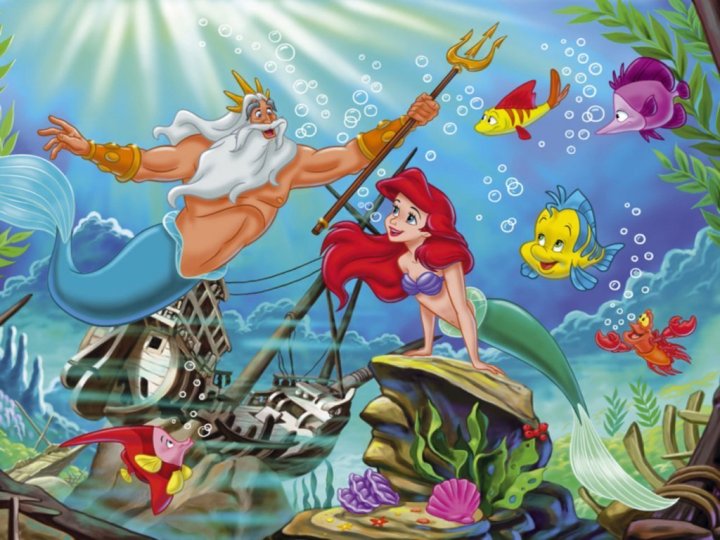 When I was little I wanted to be a mermaid and live in the sea, the little mermaid has always entertained me and let me live some of my mermaid dreams through a Disney character. Like many films you learn to hate the villain but I feel like out of all the Disney villains I find myself hating Ursula the most. The Little Mermaid is such a good Disney classic that I adore watching! 🌊

A film about animated fish with Ellen DeGeneres as one of the voices of the characters? Yes please! I love Finding Nemo however there are some parts of the film where I am either really sad or angry… I can’t help it I get way into watching the films I almost feel like I know the characters personally, but IT’S ONE OF MY FAVOURITE FILMS! 🐠

I love watching this movie after long periods away from it and remembering just how much fun it is. It’s one of the funniest Disney movies—thanks in no small part to Robin Williams’s brilliant work as Genie—and it’s one of the most action-packed. The entire Cave of Wonders sequence is fantastic, and that adrenaline rush is nicely balanced later on with the romantic whirlwind that is the entire “A Whole New World” scene. For as much love as I’ve given the Disney princesses on this list, it should be mentioned that Aladdin is one of the best leading men the studio has ever introduced to audiences. 👸🏽

There’s something so quintessentially magical about this film that I smile just thinking about it. Even though Snow White was the first Disney princess, Cinderella will always be the epitome of a Disney princess to me: elegant, beautiful, kind, hopeful, and strong in her own way. The scene where Cinderella’s torn dress is transformed into her iconic gown will always be a Disney classic, and the image of the prince trying that glass slipper on Cinderella’s foot will always fill me with renewed belief in “happily ever after.” 🦄

So there you have them. I’m probably going to end up doing a bingeing marathon of all these films soon.. maybe now. 😝

What are your favourite Disney films & why? Talk to me in the comments below! 🥰